To Unionize or Not to Unionize? 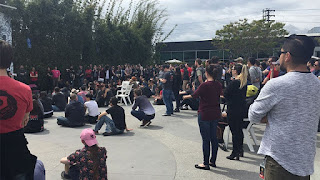 On Monday May 5, 2019 the employees at developer Riot Games staged a walkout to protest the company’s corporate culture and to raise the issue of unionization for the game industry. Riot Games, the maker of League of Legends that earned $1.4 billion in 2018, is one of the biggest gaming companies in the industry. Riot has over 2,500 employees working on their 20-acre Los Angeles campus.

The protest comes after the company filed motions to force two employees involved in lawsuits against Riot Games into private arbitration; aiming to prevent the cases from reaching a jury trial. The lawsuits stem from the publication of an article on the website Kotaku titled “Inside the Culture of Sexism at Riot Games,” which investigated claims of sexism, gender discrimination, and toxic masculinity within the company.

While these problems are not exclusive to Riot Games, the protesters have used their platform to bring attention to another issue that has been whirling around in the games industry for decades: the call for unionization within the gaming industry. 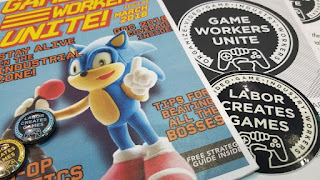 Game developers have been debating whether unionization is necessary or not for decades. Reports of mismanagement and long, unpaid overtime hours known as “crunch time” have been at the top of developers’ list of grievances. But others state that unionizing won’t address the core problems and might bring more trouble than it is worth.

Game developers have looked at their counterparts in the film industry as a possible model. But would it help? Let’s take a look at the issues labor unions have historically solved and how unionizing might help or hurt help game developers:

Hours and Overtime: Up until now, many game studios have told employees that “crunch time” is just a way of life in the game development community. They often try to lessen the burden with free meals, snacks or even T-shirts. Additionally, they may offer services such as gyms, play spaces, or sleeping areas to keep employees in the office.

Labor unions have historically lobbied for their members to only work specific hours, limiting overtime hours or requesting a higher pay to compensate for the extra hours. Some game developers believe this extra expense would convince management to rethink their scheduling, which would ideally reduce “crunch time.” or, if crunch still happens, better compensation for the employees. Others argue that game developers that more compensation would lead to higher job competition with workers willing to accept less hourly pay.

Working Conditions: Labor unions have historically fought for changes in dangerous working conditions and resolving conflicts between management and the employees.
While the most dangerous part of a game developer’s day is probably staring too long at a computer screen, conflict resolution, like the problems happening at Riot, is a stronger reason to unionize. A union gives employees a voice when they might be too afraid to stand up to management against issues such as sexism or “bro culture”.

Creative rights: The Writers Guild of America (WGA) is one of the few unions for creative artists that closest resembles what a video game industry union could be. The WGA supports several rights for their members including creative rights, protecting creative works, and credit arbitration.

There have been instances of game creators being miscredited in games or being left out of the credits entirely. Game concepts have been stolen and credited to other developers. Holding game developers and publishers accountable for creative rights would only improve company morale and drive creativity overall. 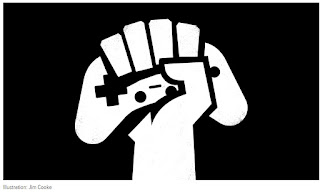 Should game developers unionize? It’s a tough decision. Many developers are too frightened to even mention the topic for fear of losing their jobs. Others feel that a union would quickly become corrupt and neglect their members in favor of catering to big developers and publishers. It’s a hard issue to discuss but one that feels like it is soon coming to a head.