I love Batman and I love Little Big Planet. So what could be better than the two of them together? Check out images from my latest LBP level: 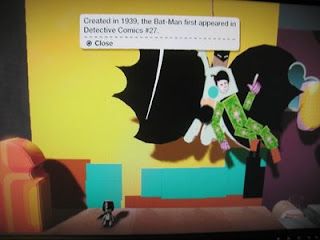 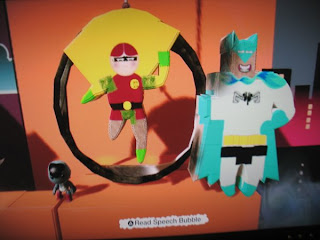 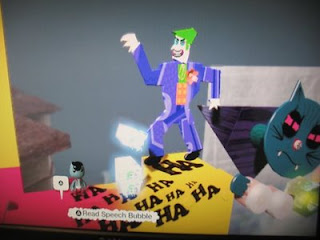 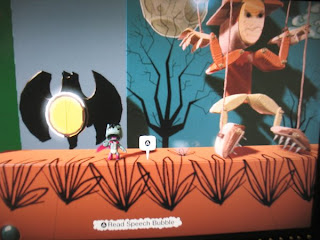 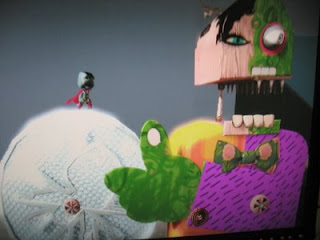 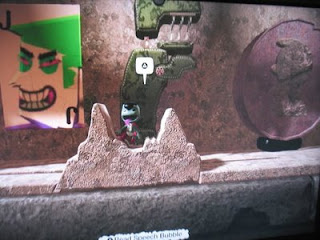 In what will probably be a mistake - mixing education with entertainment - I try to teach the player about the history of Batman while making them jump past all types of hazards. Fight baddies, collect goodies and drive the Batmobile!

You can play it too on Little Big Planet. Just search for:

Heart it if you like it!
Posted by Killer Moth at 4:01 PM 2 comments: Links to this post 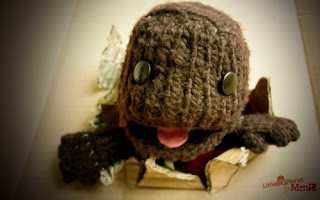 So I had written up a really detailed love letter to Little Big Planet - how much I really love playing the game, how great it looks, all the neat things it makes me research when making levels (Shadow Puppets, Turning devices, etc) - I put together images and lots of text... and then the blog tool crashed out.

So what I have instead is a Top Ten (OK, more than 10) list of really really cool LBP levels instead:

10. Star Wars PSN: shinta123 / Sack to the Future series (part 1, 2 and 3) PSN: Hymanator/Ghostbusters PSN:Stryden - These levels do what LBP does best - allows creators to make levels/homages to their favorite movies in the LBP/Sweded style. It's always fun to see what gets highlighted and left out. The Sack to the Future levels also features some very clever asset switching - some of which I'm still scratching my head over.

9. Burning with Dinosaurs PSN:Blue-Alloy/Fly me to the moon... PSN:thespaff - Two levels that show of the charm of the LBP graphics - allowing creators to make beautiful themed levels that feel like they've leapt off the wall of a kindergarten class.

8. Duck Hunt from the NEW - NEW GAMEPLAY PSN:shiftshift/Libidius.jp PSN: RRR30000 - Two levels that really show off the flexability of the LBP engine - both shooters in this case and both based on classic game - Duck Hunt and Gradius.

7. Little Dead Space PSN:DarknessBear - fantastic use of light and sound. A little light on gameplay but really rich on atmosphere.

5. Jack McSetback & the Spikey Stone of Doom PSN: Wyth - The best of the "temple" levels I've seen - the gameplay is very solid and there are some nice touches, especially the use of realistic physics to trigger the temple's traps.

4. Sackhouette - Forest King's Request - PSN:Luckett_X - Luckett has mastered the "Patapon" silouette style and I'll be damned if I know how he does it. He has several in the series and be warned, they are all hard as nails. But really pretty to look at.

3. 300 Spartans - PSN:branditimus (also Escape the Burning Building) branditimus' levels are very straight forward, almost traditional, but he comes up with very clever ideas and visuals that make you forget that you're playing LBP. I'm looking forward to seeing what he does next.

2. World of Colour - PSN:geosautus - (also Mad Mansion) - geosautus really understands not only what it takes to make a good playable level, but also does some neat trickery with reward systems. He is one of the LBP communities' most solid creators.

1. The Comic Book Adventures of Super Sackboy! - PSN:MightyBedbug - OK, this one is mine, but it's my blog! If you liked "Comic Zone" and fighting giant robots, then you'll like this. Make sure to heart me! Also keep your eyes open for my next one coming soon: The History of Batman part 1 1939 - 1949.
Posted by Killer Moth at 11:57 AM No comments: Links to this post