Talk video up at the GDC Vault!

The moment you may or may not have been wating for has arrived!

The video (with corresponding slides) of "Everything I learned about level design I learned from Disneyland" is now up at the GDC Vault.

However, I don't know if acces to the video is limited to those with all-access passes.

Enjoy!
Posted by Killer Moth at 12:39 PM 2 comments: Links to this post

No time for games, Dr. Jones!! 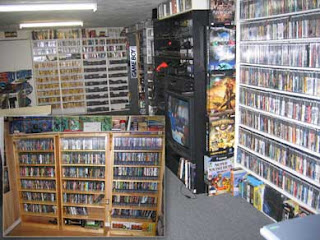 For the first time in my career, I am faced with a terrible (well, I think it's terrible) problem. I have a huge stack of games and no time to play them. You must understand, this violates everything I believe in as a game creator. Early on in my career, I vowed that I would never be one of those people in games who didn't play games. I worked with too many people who did (and some who even took pride in their non-game playing.)

In order to understand games, in order to make games, in order to be relevant, YOU MUST PLAY GAMES. So, I have a big stack of games. What I want from YOU (and I know you are out there) is recommendations of which ones to play first. Some of these I've started to play, others of them I haven't even unwrapped yet.
Here's the list:
Resident Evil 5
Left 4 Dead
Heavenly Sword
Viking
Bioshock (played two levels)
Half Life 2
Ratchet and Clank: Tools of Destruction
Prince of Persia (2008)
Resistance 1
Resistance 2
Dead Space (played first chapter)
Kung Fu Panda
Crayola colorful journey (don't ask)
Psychonauts (played first two worlds)
Dawn of War II
Give me your list and I'll maybe I'll write up some mini-reviews!
Thanks in advance!

OK, I'm sure you're sick of reading these...

It's been almost a month since GDC and I'm still finding love for my talk around the inter-webs.

Ryan Shwayder's Nerfbat not only gave a nice review but his blog commenters bring up some good points. I guess I'm not the only person with great blog readers!

ETCKT blog gives a nice summation of my talk. Pretty good as ETCKT isn't even a gaming site!

Javier Elizondo's Twitter message says that the line was "insane" - Sorry you couldn't get in Javier, so make sure you read the slides!

According to Stephen Jacob's "Class Acts: The Post-GDC Notes" you really need to listen to the AV files of the talk to appreciate it. Thanks, Stephen! Anyone who created a "Banjo Hero" game is aces in my book.
Posted by Killer Moth at 10:23 PM No comments: Links to this post

Labels: love from you 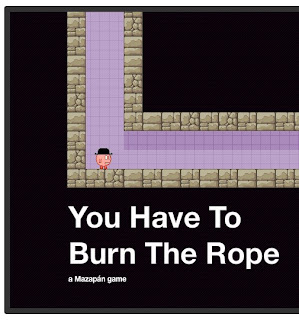 I played "You Have To Burn The Rope" when it first came out, but a pal of mine recently reminded me of it. It's an action platformer with all the elements you need - a hero, jumping, object collection (fire), a puzzle, a boss and a big explosion at the end. Oh, and it takes about 2 minutes to play. But the best part of "You Have To Burn The Rope" is the ending credits song - which lasts about 4 minutes - twice as long as the game! Funny, brilliant stuff. 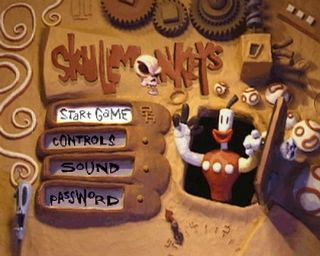 "You Have To Burn The Rope" reminded me of another game that I love - "Skullmonkeys" for the PS1. Besides the awesome clay animation, Skullmonkeys had the best soundtrack I've ever heard in a game - particularly the infamous bonus level song. If you haven't played the game, I recommend it, but beware, you will be throwing your controller as it is BALLS-HARD.

But that's the way we rolled back in those days.
Posted by Killer Moth at 8:39 AM No comments: Links to this post 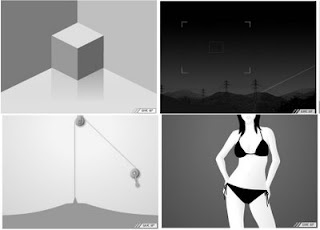 Sent to me by my old partner in crime Mark Rogers (no relation!) is the throughly addictive Hoshi Saga.

It's kind of like Wario-Ware but far more stylized and far more clever and some times downright impossible to fathom. There are three sets of 30 puzzles and there's at least one in each set that I have no friggin idea how to solve.

Great fun though and a great exercise in variations on a theme... find the star!
Posted by Killer Moth at 2:33 PM No comments: Links to this post

Lectures are even more awesome in Japanese. 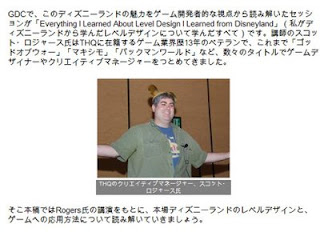 The Japanese gaming site: Inside for Business has put up a review of my GDC talk. And if my website translator wasn't broken, it's seemed to be a pretty favorable review! 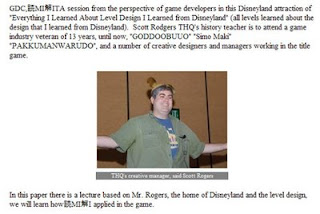 And yes, that is me wearing a pair of mouse ears. See what you miss when you don't attend these things in person?

You can read the untranslated article here.

Posted by Killer Moth at 5:43 PM No comments: Links to this post 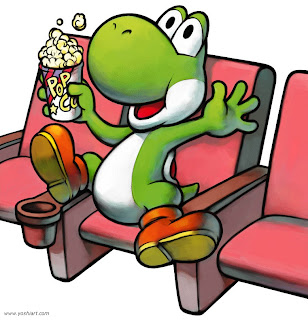 In all the excitement of posting my GDC slides and follow ups, I forgot to finish a fun entry called "10 movies video games have completely ripped off (and what we can still rip off from them!)"

Well , it's done and ready for your enjoyment! Just scroll down below the GDC slides on this page or follow the "movies" label on the right.
Posted by Killer Moth at 11:16 PM No comments: Links to this post 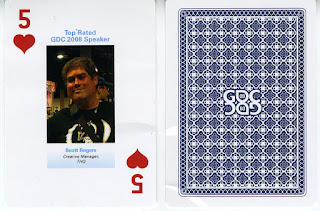 One of the chotzkies they give GDC speakers is a deck of cards with faces of the IGDA board members and top rated speakers.

Well, thanks to my "top rated" lecture from 2008, "How to Make the World's Greatest Boss Battle and Why not to do it" - I was awarded with the distinction of being this year's Five of Hearts!

I just hope no one uses the deck to hunt us down like those Iraqi Death cards!
Posted by Killer Moth at 5:46 PM 2 comments: Links to this post