Halloween is almost here and what better way to spend it, then with a scary video game?

Here's five that scared the crap out of me: 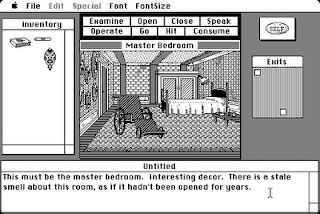 Sure the graphics don't look like much, but this game was the scariest thing you could find back in 1986 - good story, clever puzzles and some genuine scares.

Alone in the Dark (Infogrames) 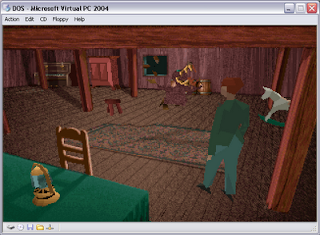 As far as I'm concerned, the first true horror video game was this 1992 PC game. The graphics were considered pretty awesome for the time (check out that 50 polygon rocking horse in the above image!) and true 3D gaming was still a new thing. This game was all about mood and it had it in spades. Great story, creepy sound effects and great pacing. A classic. 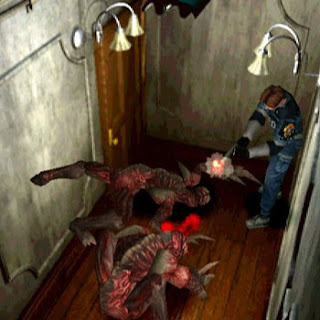 The game that cemented zombies into the hearts of gamers everywhere. Despite a few head-scratching-ly obtuse puzzles, the sadistic typewriter save system and wretched "tank" controls (which I argue actually adds to the player's feeling of helplessness), Resident Evil 2 is a fantastic game filled thick with mood, awesome sound and cinematic design and genuine scares (alligator any one?) 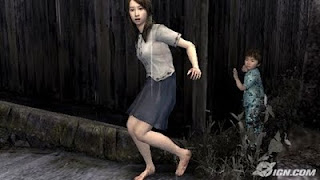 One of the things I love about Siren is while it is set in a very traditional Japanese location - which gave a western player like myself a feeling of unfamiliarity throughout. The game feels is steeped in helplessness - only been rivaled by the recent Heavy Rain. When you realize that not all of the 10 playable characters are going to survive the game (despite your best efforts) a feeling of fate and doom settles on you. Then there is the sightjacking. Seeing an enemy coming (or even worse looking around to realize he's STANDING RIGHT NEXT TO YOU!) is truly terrifying. If all of this wasn't enough, Japan Studio's method of using real actor faces on 3D models dips deep into the Uncanny Valley, right into creep-ville. A truly scary game. 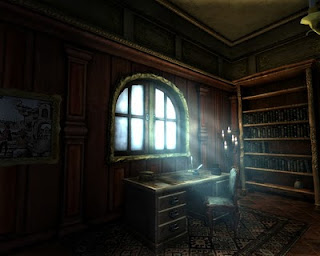 I just started playing this first person survival horror game, but it builds such great mood and creates such great scares, I had to add it here. The player doesn't even get the option to fight the monsters, all they can do is run and hide and pray that it goes away. Beautiful visuals, great sound design and unique play really makes this one not to miss.
Posted by Killer Moth at 10:13 AM

I'd vote for the original aliens vs predators (http://store.steampowered.com/agecheck/app/3730/)

I've literally had nightmares because of it after playing it late night.