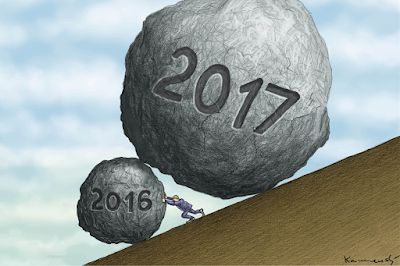 Well, despite everything else that happened, 2017 was an amazing year for board gaming. There were so many great games that debuted this year. I haven't gotten around to playing all of them but here are the top ten board game new games from 2017 that I played in 2017. (Click on the title of the game for their link to their listing on BoardGameGeek.com) 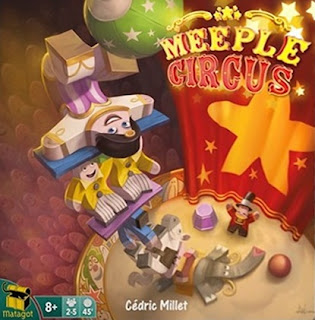 Meeple Circus
What do you think of when you read the name "Meeple Circus"? This game lives up to that expectation and more. This meeple stacking game is easily the most charming board game I've played in a long time and every game will have you simultaneously thrilled and laughing out loud. 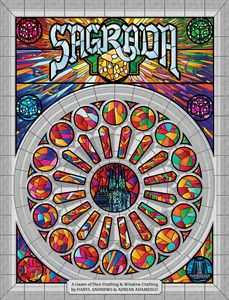 Sagrada
Dice games are very popular in my household and Sagrada manages to turn a dice builder into a challenging Sudoku-style game. Sagrada is quick playing, easy to learn and beautiful on the table. 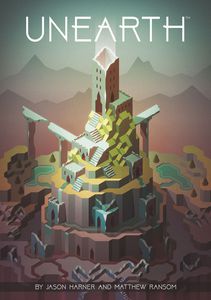 Unearth
I used to call "Formula D" the best use of polyhedral dice, but Unearth is challenging that title. The clever dice system matched with some lovely graphics makes for an engaging game.

Charterstone
2017 was a great year for worker placement games and Legacy-style games but Charterstone gives players the best of both worlds. It starts a little slow, but after a game or two, you be looking forward to leveling up your guild and find yourself hungry for more. 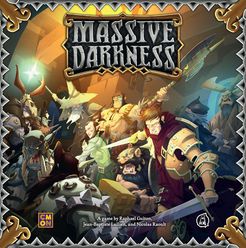 Massive Darkness
IMHO, Massive Darkness is the spiritual successor to HeroQuest we've all been waiting for. Simple to learn, but it's campaign system will give you hours of play. It sports a clever leveling system, wildly flexible character creation and some of the coolest miniatures around. And what's a good dungeon crawler without lots of combat!? 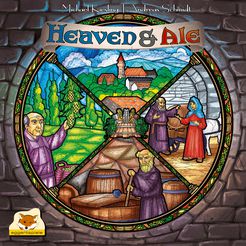 Heaven and Ale
Do you like your strategy games heavy? In this game about beer-brewing monks, Heaven and Ale's unique combination of "do I go fast or slow" choice-making paired with "where do I put it" game play makes for a heady (pun intended) combination. 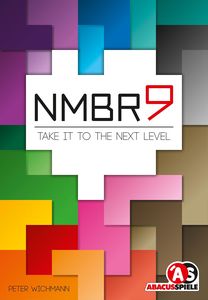 NMBR 9
Mesmerizingly beautiful and mind-bendingly challenging, this shape-stacking game is easy to play and tricky to master. 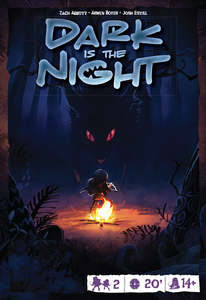 Dark is the Night
An intriguing two-player game of cat-and-mouse where one player is the hunter and the other is the monster in the dark. For such a small and simple game, it packs a pretty big punch! 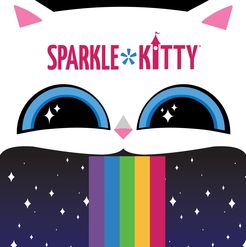 Sparkle*Kitty
A social game that doesn't rely on profanity to be fun! The evil Sparkle Kitty has imprisoned Princesses in their towers but these Princesses aren't going to wait for anyone to rescue them! By saying magic phrases, the players can rescue themselves! Sparkle*Kitty is fast, fun and friendly for the entire family. 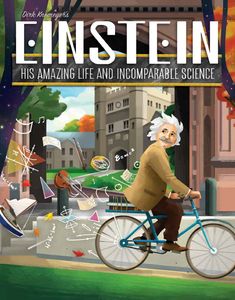 Einstein: His Amazing Life and Incomparable Science
This charming pattern building game is the first in an intriguing new concept: the biography-based board game. It's a great way to learn more about the man who we have all heard of, but could always learn more about. The possibilities of games based on the famous figures of history is mind-boggling... 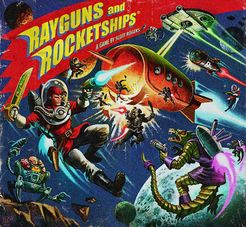 Have your own recommendations for the best game of 2017? Add them to the comments below!

Posted by Killer Moth at 3:51 PM No comments: Links to this post