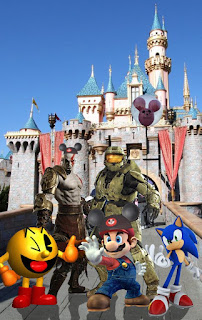 If you are going to be in San Francisco attending the Game Developer's Conference on March 23-27, make sure you attend my latest design talk: "Everything I learned about Level Design I learned from Disneyland"

Even if you know EVERYTHING about level design at least come for the pretty pictures of Disneyland. Who knows, you might even learn something!

And as always, the slides of the talk will be posted to this site after the show. Stay tuned!
Posted by Scott Rogers at 9:28 AM No comments:

What could have been: some Maximo 3 concepts

One of the games I almost worked on that I get asked most about is Maximo 3. Was there ever plans for a sequel? Was there ever code made? Was the storyline ever wrapped up? The answers are: Yes, Not to my knowledge and No. 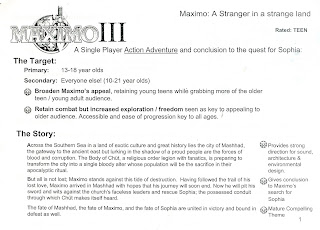 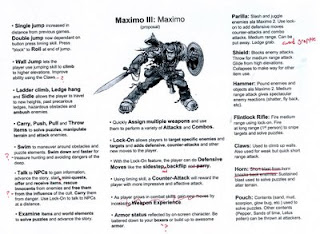 As the second game ends with the promise of a third game (Maximo and his allies teaming up to find Queen Sophia) I thought it'd be fun to share some of the design notes I have left over from it. What makes it particularly interesting is that there are several coincidental parallels between what we were planning back in 2003 and what is found in the current Prince of Persia game. 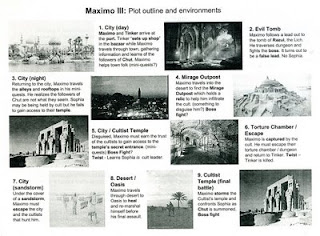 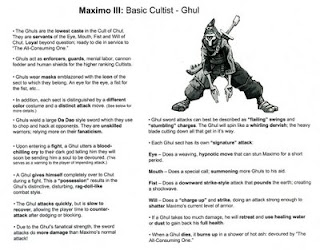 I was lead designer on the project and the team was obviously influenced by the first Prince of Persia game that had come out that year. We had decided to set it in a Middle Eastern environment (What can I say? It was right after the invasion of Iraq - we all had the Middle East on our brains) and planned on pushing the already acrobatic nature of Maximo even further. Of course, there would be new weapons and mechanics and a new way of interacting with Grim, Maximo's best friend; who also happened to be the Grim Reaper. 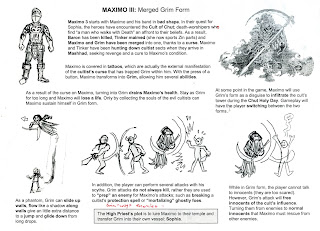 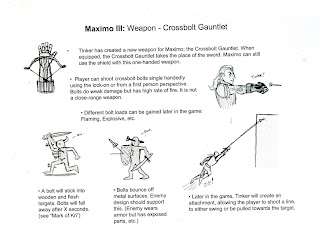 I left Capcom in 2004 to go work on Sony's God of War not long after starting pre-production on the game. It was later cancelled and looking back on it now, it's not the direction I would go in if I had a chance to work on it again. 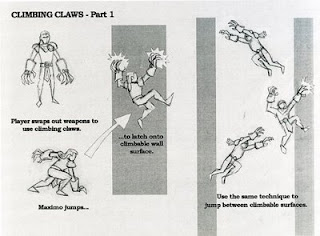 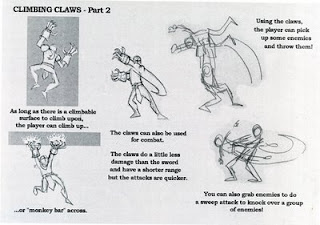 The battle claws are cool, but the story and the Middle Eastern environment just doesn't feel right anymore, the tone is just too grim (no pun intended) and there just are "not enough skeletons." Oh, and no way would I kill Tinker. Steampunk redheaded girls are just too hot! 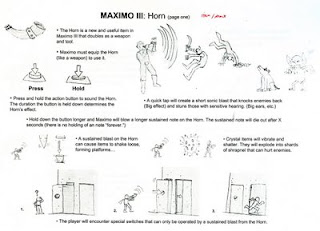 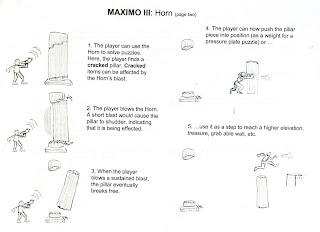